CEO Jonathan Bingham speaks with SD Times reporter Jenna Sargent about the possibilities of the decentralized web. This post originally appeared on SDTimes.com

A few months ago, Tim Berners-Lee, the father of the World Wide Web, announced that he was heading up a new project to reshape the way we interact with the web. His new project, Solid, aims to put control over data back into the hands of users. 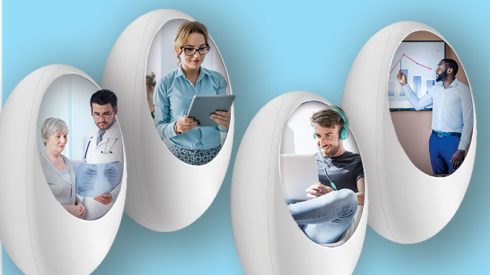 The ecosystem of Solid is based on the concept of PODs, which are spaces where an individual can keep all of their data, explained Jonathan Bingham, President and CEO of Janeiro Digital, a company that is working on the Solid technology. For example, a person might use a POD to store their birth certificate, medical records, and pictures. “Basically all of the things that you would do to an application today that would equate to your digital identity, you retain ownership,” said Bingham.

According to Solid’s website, PODs are like “secure USB sticks for the Web, that you can access from anywhere. When you give others access to parts of your POD, they can react to your photos and share their memories with you. You decide which things apps and people can see.”

The concept would be particularly appealing to individuals tired of their data being tied up in so many different places while having virtually no control over it once it’s out in the world. Applications would change from being usable through centralized data contained on their own servers to having to ask permission to access data within a POD on a day-to-day, transaction-by-transaction basis, he said.

In addition to changing the way we interact with web apps, the technology has some other practical applications. For example, it would change the way health records are dealt with. In our current system, a patient may have health data all over the place if they’ve seen many different doctors or were cared for at different hospitals.

“You have all of this different information that makes the ability to give you good health services more challenging than if you walked in and had all of your data contained on a single pod,” said Bingham.

This means that places like hospitals would go from being the custodians of data to an entity that has to request access to certain information based on need.

“I think we can all agree that 99.999% of the time, the hospital holding your information is putting themselves at risk for no reason at all,” said Bingham. “It’s not like you get any incremental value by that hospital storing your data versus yourself.”

A new sort of application would need to be created in order to facilitate this interaction, he explained. It would have to be able to both view the information it is provided with, as well as submit information back to the user. “It’ll be the application’s duty to then take that information and also copy it over to my POD so my POD always has the most up-to-date information,” said Bingham.

There will have to be a shift in the way that applications interact with data. “They’ll go away from a centralized data store contained within an organization to a distributed one that people who are POD owners have the ability to turn access on and off, based on how they feel,” said Bingham.

While this model sounds great, getting to this point won’t be as easy as it sounds. In an ideal world, we would migrate all of the data that we’ve ever stored anywhere, said Bingham. But realistically, this pod-based model would probably only work going forward. What that means is that from this point forward, all of your new data would be stored in a POD.

“Now, Apple’s App Store, that didn’t just appear overnight, right? So in my opinion, the stewards of this particular model will not just be individuals looking to pull down a POD and store their individual data and taking ownership back from organizations where otherwise they would feel helpless,” said Bingham. “I think that what you’ll see is a shared interest from some large organizations out there to help reinvent the way they do business today, unlocking incredible new opportunities for them to do business.”

Those early adopters are going to have to serve up the ecosystem of the future, he explained. Enterprises will need the structure to interact with PODs and data in this new way.

Additionally, the security of PODs will be an entirely new industry on its own. Users will need to feel that the data they’re putting in their PODs are secure. “Our digital identity is a currency, as we all know,” said Bingham. “There are people who make a lot of money off of that information and that means that that information needs to be protected as a valuable asset.”

Bingham believes that the project will need people who can dream big in order to be successful. “We need dreamers that are capable of seeing the good in something different and see opportunity and doing things in a way that aligns with Tim’s vision of how the web was originally designed,” he said. “It’s not so much just to pay homage to Tim, which is a great thing to do, but also because it just makes good business sense.”

He thinks that CEOs will soon start to see and understand this new way of thinking about things. “Forget about the technology for a minute, but just think about the possibilities that a real decentralized web would bring to them and the risk that it reduces for them around being the sole custodian around certain types of information. And that’s a true digital transformation.”

I am thrilled to share the news that Janeiro Digital is working with Sir Tim Berners-Lee's new startup, inrupt. Tim's mission…

Fixing the Web to Save The World: Presenting inrupt and the Decentralized Web Movement

Tomorrow, I’ll be presenting “Back to the Future: Fixing the Web to Save the World” at the Fast Company Innovation…

Digital Transformation Myths and How They Hold You Back

This post originally appeared on informationweek.com … Most companies have learned that digital transformation isn't easy, and often the challenges…